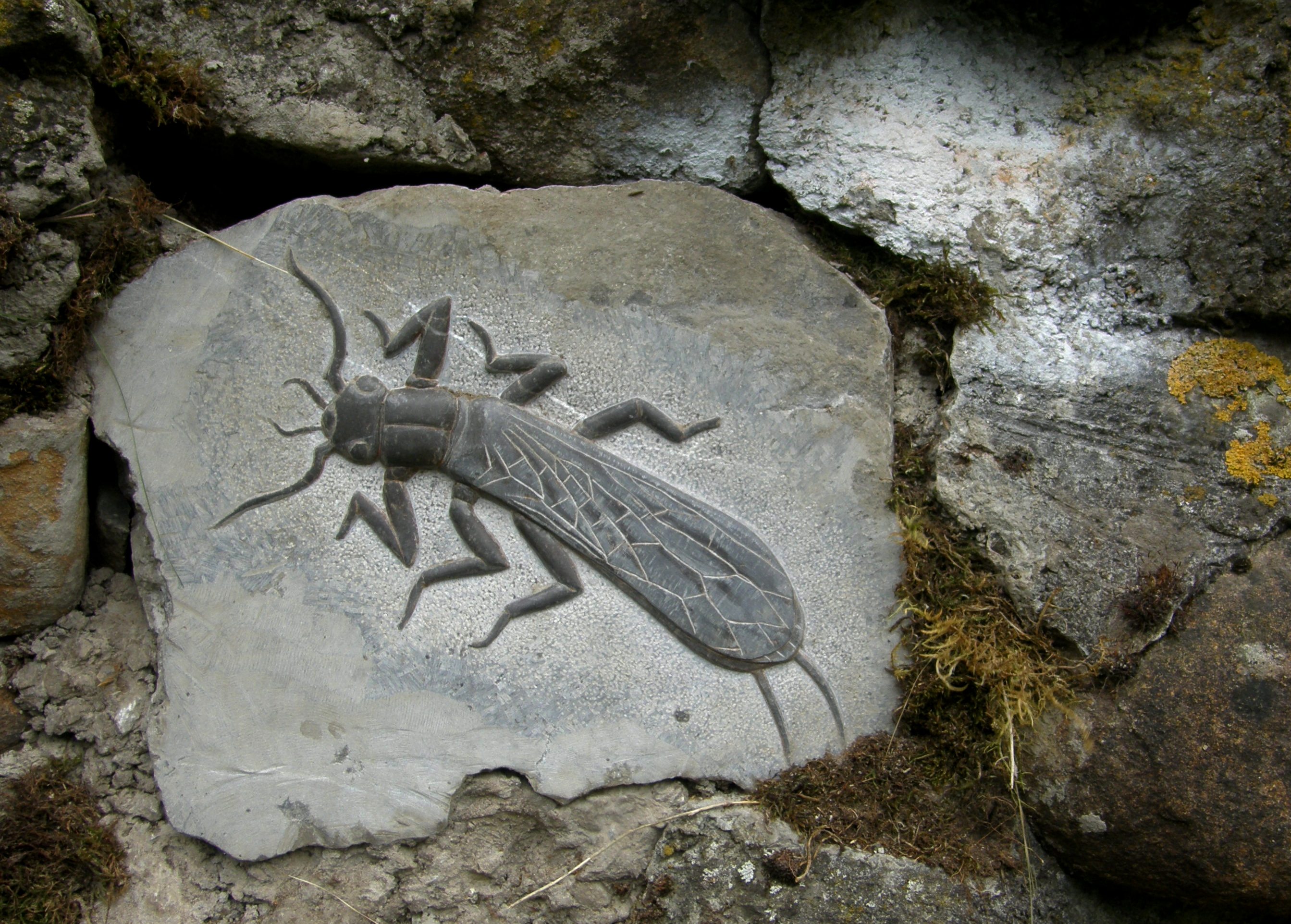 In July Pete completed a series of four insect relief carvings which were installed along the Pennine way around Low Force waterfall in Teesdale. They are  carved out of the local black Weardale limestone, a very hard stone which polishes to a deep black and gives excellent variation in colour.

The carvings are part of the North Pennines AONB’s Cold Blooded and Spineless project. This is a five year project which aims to raise awareness of the importance of invertebrate life and encourage the public to go out and monitor the number and type of insect life within the north Pennines area.

Pete also carved another four insects into panels of slate which he mounted on the walls of Bowlees visitor centre. These are designed for children (or adults) to take rubbings from and take home a record of the invertebrate to found in the river. This was a great project to be involved with and we hope the carvings will be enjoyed by thousands of people enjoying the Pennine Way for many years to come. The local paper covered the project in an article which you can see here:   http://www.teesdalemercury.co.uk/Articles/treasure-hunt-s-aim-to-encourage-upper-teesdale-bug-hunters#sthash.I82paEHL.dpbs