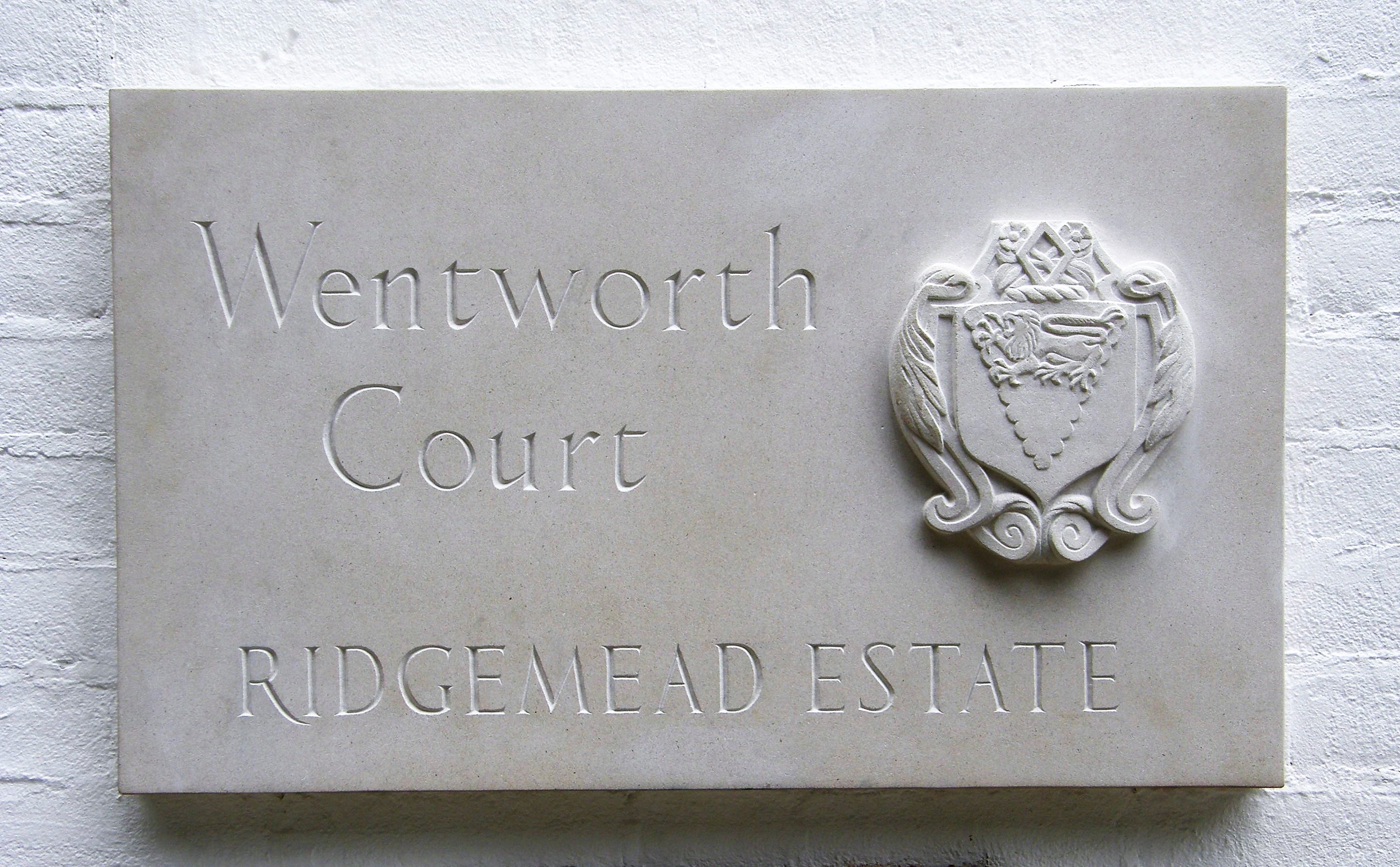 This substantial sign is made from a slab of Portland limestone basebed, a very fine even stone which carves so easily. I collected this from Albion stone on Portland Island, an Aladdin's cave of treasures which makes you wish you had a free hand and a bigger van. This is the stuff which Christopher Wren and Nicholas Hawksmoor created much of the centre of London from. It is still valued highly as an architectural stone, though too many modern architects eschew decorative carving - the fools.

Admittedly one reason for their reluctance may well be expense, as a piece such as this sign does demand a number of processes in it's creation. To create the crest, the rest of the stone has to be first cut back to create the depth before it can be carved, as strong shadows are required. The remaining stone then has to be levelled off to a perfect flatness before the letters can be marked out. The crest itself requires symmetry and precision with the shapes wrapping round the form.

The lettering itself is traditional Trajan script (so named after the Roman script found at the base of Trajan's column). This is of course a demanding style, with subtleties of curve and serif, with mistakes and chips simply not an option. Altogether though a very rewarding, if challenging style of working and one which makes you look up at older buildings with an even more admiring eye.